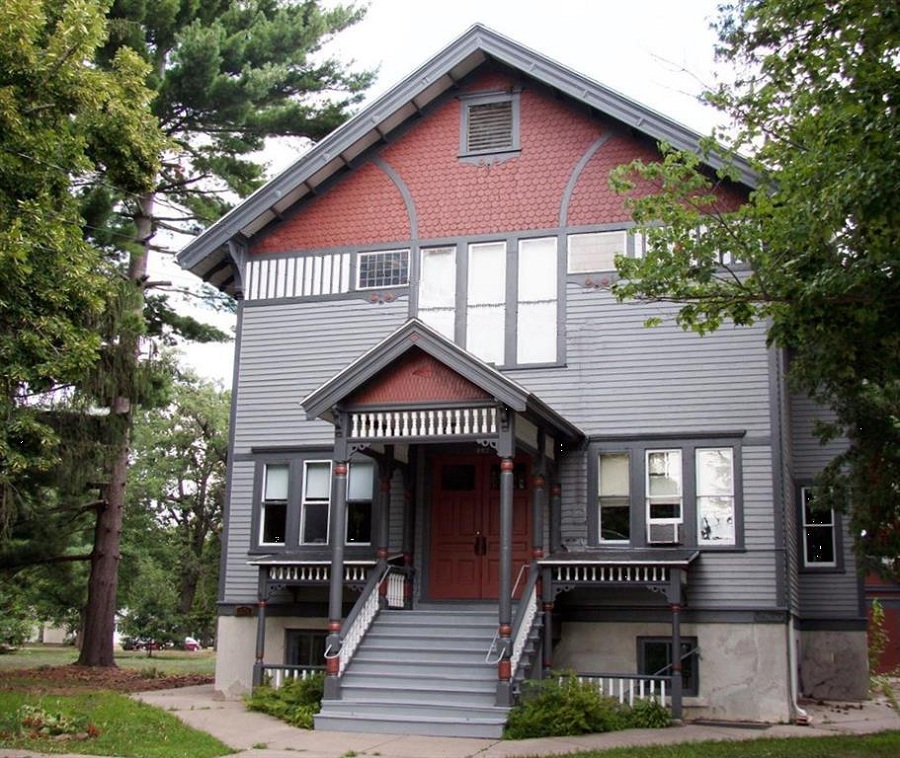 Free Thought in religion since 1852

Our Statement of Purpose
We, the members of the Free Congregation of Sauk County, choosing not to be governed by a fixed creed or dogma but rather to be guided by the principles of both our Free Thought founders and the Unitarian Universalists, come together as a religious community to help one another in strengthening the spiritual, ethical, and moral dimensions of our lives, and to be of service to our world.

Mission
As the beneficiaries of two strong and vital traditions – Free Thought and Unitarian Universalism - we undertake to provide:

The Free Congregation of Sauk County is a congregational polity, which means that on the most essential matters - such as the hiring or dismissal of a Speaker or Minister, the approval of the annual budget, the adoption or amendment of the bylaws - the congregation as a whole is the decision-making body. All lesser matters and decisions are entrusted to an elected Board of Directors, which receives regular advice and guidance from our professional staff and standing committees - and, directly, from our membership. One advantage of our relatively small congregation is that each member is very likely on pretty familiar terms with at least one Board member.

We’d like to introduce you to our Board of Directors:

All Board members except the President and President-elect are elected to two-year terms. (These two-year positions are staggered so that not all terms expire at the same time, thus ensuring some degree of Board continuity.) Elections are held at our annual meeting, usually the 2nd Sunday in June. Our bylaws do provide for the possibility of Presidents and President-elects serving consecutive one-year terms.

Our five Associate Speakers, who lead our Unitarian-Universalist second and fourth Sunday programs, are:

Robin Proud, who is a regular speaker at Prairie Unitarian Universalist Society, Madison and guest speaker for ten UU congregations in Minnesota and Wisconsin;

Dr. Penny Andrews is semi-retired. She is a current member of the Church of the Larger Fellowship and was one of the founding members of James Reed UU Congregation in 1994. She attended the University of Creation Spirituality founded by Matthew Fox and was ordained as an Interfaith Minister. Penny has also served as a board certified hospital and hospice chaplain over the last 15 years. She has also studied Soto Zen and is a Lay Minister in that tradition;

Rob Brink was an ordained Christian minister for 15 years before he finally came to accept that his old faith didn't fit any more. Turns out you can take the preacher-man out of the pulpit, but you can't take the preacher out of the man. It wasn't long before he started looking for places to think out loud. The Free Congregation is a place where Rob is free to speak, not as the translator of an ancient story, but as an explorer searching for something hopeful and human. His verbal essays have a unique blend of authenticity, sarcasm, and practical hope.

Pema Lisa Antoniotti has been ordained in the Buddhist tradition for over 10 years. She leads various programs at Joyful Path Meditation and Healing Center. She also teaches secular meditation, Yoga, and other spiritual programs in the larger community. Pema has over 10 years of experience in offering spiritual direction and pastoral counseling to a diverse group of individuals, including those of no faith tradition.

David Butler is an ordained Presbyterian minister (PCUSA). He worked for 35 years full time in the church, serving his last 26 years as the solo pastor of the United Presbyterian Church of Rice Lake, WI. David has been married to Elaine for 48 years; she taught seventh grade for 15 years. They have two sons, two daughters in law, and six grandchildren. Ten years ago, David retired from full time work in the church, and they moved to a small farm in Marquette County to pursue their next vocation, spiritual direction. Although a scholar of nothing, David is a student of many things, and enjoys nothing so much as wrestling with new ideas with people with active, inquiring minds.

Please call Fritz at (608) 643-3131, voicemail available.
Office hours at Park Hall are Tuesday and Friday mornings and by appointment. You can find Fritz at Park Hall on the 2nd, 3rd, and 4th Sunday services each month.